Within the past couple of months, I shared a reel on Instagram giving a quick rundown on the main Clair-abilities - but due to limited time & space, I truly felt I didn't share enough. Whether you know your [cap]abilities or not, I invite you to read up on these abilities here. Know that we all begin by identifying with one or two strong suits... and should you choose to develop yourself further, you'll not only strengthen those, but ALL of these will open up for you!
So without further ado, here's a breakdown on the common occurrences of each ability, which can help YOU identify where you stand... 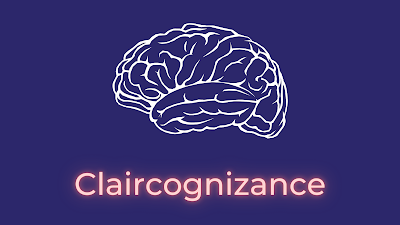 Claircognizance is one of the most common abilities, with many disregarding this validation because they simply see it as "common sense" knowledge. It's a strong sense of inner knowing - whether it's feeling inclined to believe something specific, knowing exactly what advice or action to give to someone in need, or being able to think fast on your feet to find solutions. The truth in this is that - if your claircognizance is strong - you can notice when you get easily frustrated with others who can't jump to information like you do, or those that send you further contradicting energy by trying to deny you of the information you presented. As long as you speak up about your thoughts, you often find yourself in situations where you hear "you were right" or "I should've listened to you" a lot.
Many of these thoughts and insight pop into our head when we're not even searching for it. We could be buried in tasks at work, socializing with family & friends, or any situation where you're preoccupied by something -- then out of nowhere, you're stuck in a thought about something that (many times) has absolutely nothing to do with the moment. Just a few examples are:
It's noteworthy to point out that along with other Clair-abilities, you tend to access more insight into the specifics of each situation. For example, you could see your next project or objective (clairvoyance), and know what you need to do and how to go about it. Claircognizance also causes you to be more aware and considerate of everything outside of yourself. This explains how you are usually the first person to notice when something bad is about to happen, and how you bring about your natural tendency to try and avoid or "ease" situations; as you notice how negatively it will affect people. 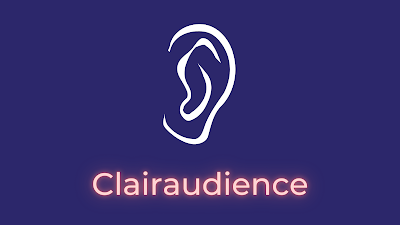 Clairaudience refers to one's ability to receive messages through any form of audio. They can actually hear the voices of spirits and they tend to receive a lot of messages through simply turning the radio on (to notice what song lyrics are playing) every now and then. This is not to be confused with a mental disorder - as you don't have voices talking back and forth in your head all day. These messages tend to only give warnings and clarity when you need it; NOT anything leading to you doing anything negative or malicious.

For the most part, clairaudients receive cues through the external audio they pick up on. But when that isn't the case, they're hearing (in their head) voices with messages they're either channeling or needing to hear. Here are a few examples:
When hearing messages, it tends to be short and direct - another factor that separates it from the possibility of being a mental illness. And while you can hear messages throughout your day, you note that it's only ever supportive and clarifying - like being told to stop (take a break; rethink your process), slow down (don't rush this; don't hurt yourself), or as a clear warning of what doing something will result in. Sometimes you hear short sentences and sometimes you only receive single words; leaving you to sometimes figure out what the message is really about. When there's a message that needs to drill home (like in the examples of identifying a factor that needs healing or finding a cause to something), there will be one single word that repeats over and over, like a chant - which stops when you speak up on it or address it. 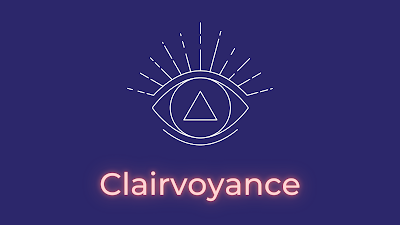 Clairvoyance is all about visions! People tend to access a lot of information and insight when they dream (more prone to receiving premonitions), and can easily pick up on both the past & the future by focusing on it in meditation. And while you can train your naked eye to start seeing aspects such as spirits and auras, it's more about what you can see in your mind. By clearing your head and your own passing thoughts, allowing information to flow, and actively looking for whatever visuals pop up - you can see a lot in such a small period of time.
This tends to compliment other abilities (which sometimes makes it harder to identify what's what) since it's like the icing on the cake -- the clear view of the thoughts, feelings & messages you pick up using other abilities. They can happen fast too... which is why working with it causes more visions to come in more clearly. If you've found yourself in any of the following situations, then you can take it as confirmation that you're clairvoyant:
As a Healer, I can also tell you that clairvoyance allows one to clearly see others in their ethereal bodies during a session, as well as past and near-future injuries or illnesses. It also lends to the insight one receives while doing readings, as sometimes the messages are clearer when passed along quickly through visions. Whether it comes as photos, photo collages, hastened movie scenes, or flashes of reels condensed together, it's all about what the mind can pick up on without even thinking about it. 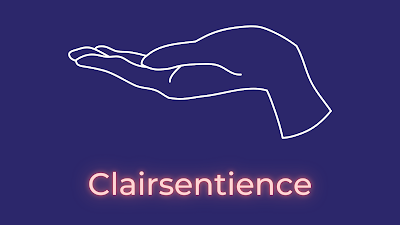 Clairsentience is usually first identified as being an Empath - it's one's ability to feel the lifeforce energy within and around us all! They are identified as natural healers because this feeling ability allows them to become more confident Healers as they learn to work with energy. It's common for them to have suffered from trauma, which seemed to heighten their sensitivities... along with that; were often told when they were young that "you are too sensitive". Clairsentients can feel up the moods in a room by simply walking into it, they have internal alarm bells that go off when near negative energy, and they can suffer silent mental anguish when negative factors have a hold on their minds. As one learns to empower themselves, they start to see their highly sensitive nature as more of a gift and less of a burden.
There tends to be some confusion around identifying yourself as an Empath because other abilities easily weave themselves into what you perceive & experience. This fact is what allows most to be able to fully feel & experience others' thoughts & moods, which in turn can allow us to mirror that if we're not protected. They feel uplifted when near those alike, and they can go the complete opposite direction within minutes if encountering another darker energy. Many clairsentients deal with physical & mental health issues that are often times naturally relieved when they remove themselves from situations that make them feel trapped. The following are a few examples of issues I dealt with before I went down my healing path:
Clairsentients tend to be known (among family & friends) as a confidante and shoulder to lean on, which can cause a lot of internal conflict if we ever feel like we're overextended or unappreciated. By learning to create boundaries, reserve more focus and time on yourself, and through the realization that even though you can - you can't help everyone (only because people need to want & accept help) - Empaths find themselves in a more stable place when they simply learn to recognize and work with energy.
I hope this rundown on the main "Clair-abilities" was helpful for you! Note that I've created this based on my own personal experiences with each ability, only highlighting the big identifying information... so if you've experienced something that wasn't specifically mentioned here (but you're sure it means you have that ability), then rest assured that your intuition is correct. Feel free to check out my online training offerings if you're interested, and don't be afraid to step into your truths now that you have more clarity!