Why I Believe Secrets Cause Physical Damage

Among the list of my new spiritually-based beliefs is the fact that secrets NEVER stay a secret forever and that the longer you keep one, the more damage it does. There's always someone (whether a close friend, family member or significant other) that will notice something is off, that something about you has changed, or just has that gut feeling you are hiding something. Since this is all that's needed to try to open that door - which creates even more suspicion if you begin to react defensively to it - then it's only a matter of time before it comes out. It's one thing to be surprised by an untrue accusation, but it's a telltale sign if you grow angry, tense up, disassociate, or just try to avoid talking about it. It takes a lot of work to keep a secret, which is why I want to reflect on why I believe keeping secrets is actually the culprit for a lot of health problems.

In order to get into the details, I have to share my personal experience struggling with physical health issues over the years. As many of you know, I was both victim and witness to verbal, mental/emotional, physical and sexual abuse as a child... and needless to say, I never told anyone about it because it all took place at home. There's something powerfully evil about this stuff happening in the family AND at a young age, which shapes you to believe that 1) you deserved it, 2) no one cares about you, and 3) that it's "normal". I grew up in the best way that I knew how, which often meant resorting to anger & envy because I couldn't feel anything else. But besides the point -- I recognized that the best way to survive into adulthood was to paint a smile on my face, power forward in whichever way I could, and pretty much ignore the abuse. This resulted in me shoving all these memories and secrets deep down inside so that no one could see them.

On top of all that, I NEVER had a clean bill of health! I caught the whooping cough when I was only a couple of weeks old; thankfully, after almost a month in hospital I made it home alive with only a blown-out eardrum (I'm partially deaf). Yearly surgeries for ear plugs was the norm, and I also had terrible eczema, asthma, and a long list of allergies (also resulting in weekly allergy shots for years). To say that my doctor saw me every week was just a FACT... but there was no final resolution. Steroid creams, ear drops, nose sprays, endless shots, yearly surgeries and EpiPens is just a quick summary of my medical world as a child. As the years went on, I noticed some of the allergies went away and my asthma was only worse when I was living at home (hint, hint). Low and behold, most of it began to fade away when I finally moved out of the family home...

But then NEW physical issues started popping up in place of the ones that were disappearing. As my severest allergies cleared up and my eczema started to get under control, I began having terrible stomach problems. I remember that it was not even 3 months after moving into my first apartment - which I got after just settling into my very first full-time job - and I had periods where I had to call in sick on a nearly daily basis all because I couldn't leave my bathroom. And since there's something about being physically & mentally stuck that makes the mind go places, I began to unravel. It wasn't long before I quit that job because, personally, I knew I was unreliable. And with severe depression setting in, I couldn't even see myself being able to work. This kicked off the 7-year era that saw me sink to my lowest, lean into smoking and drinking, and it was only through this suffering that I finally started to dig up those secrets.

Long story short: It took months of suffering and consultations & tests with 3 different gastrointestinal specialists, all to end up being told that there was nothing wrong with me and that I just "have to deal with it". Much like my experience in therapy, I kept being told I was basically broken and that the only solution was to cope with it for the rest of my life. I just have to let that point get across and sink in because even though I initially refused to believe it (hence my tendency to always find another therapist and push for another specialist referral), the end results pushed me even deeper into depression. I was told I had Irritable Bowel Syndrome with no known cause or triggers... but deep down, I had the hunch that my mental state was directly linked to it. The problem was that no one ever asked the right questions to get me to open up about my darkest secrets, but instead gave random suggestions like "take fibre supplements" or "meditate" (things that didn't work).

I threw my hands up in the air for what felt like the 100th time and just kept trucking on with life as best as I could. For the next few years, I was in-and-out of jobs - always quitting when my physical conditions got in the way - and I became the person that I detested most; someone that always had an excuse for never being able to do ANYTHING. It hurt, but I know I always felt like it was out of my control so I validated and accepted it...

Such was my life... but only until I had that life-changing moment at the age of 27, which sent me into an overnight epiphany; causing me to wake up one day ready & eager to completely change my life. There was something freeing about this movement, but more-so because this was the first time I recognized my abusers as exactly that. Up until this point, I was wearing myself out by making myself available for their every plight - which I often felt obligated to do because of the guilt-trip that was always involved anytime I tried to say 'no'. Due to the extensive damage & history, not to mention this "hold" they had on me, I finally realized (along with the help of a new therapist that I was able to open up to) that the best course of action was to remove them from my life.

I'm not going to lie.. it was really hard! It felt like I had finally escaped from a house I had been kept prisoner in, but because I was used to being that way, I was completely lost and had NO idea who I was. No wonder my physical & mental issues controlled my life! The good news was that this was a tipping point, and as more time passed while I was purely focused on myself (for what was truly the first time in my life), the clearer my thinking became. And the clearly my thinking became, the easier it was for me to start opening up about my buried truths. Since doing so also fully unblocked my psychic abilities and led me into spirituality, I found complete transformation through spiritual healing methods. My stomach problems went away, my skin conditions vanished, my allergies became nothing but seasonal, I was ready & able to stop all my anti-depressant & anti-anxiety medication, and it suddenly became easier to quit my addictions.

It all happened over the span of 2-3 years, but it was all possible for me. Through my healing process, I noticed that an emotional weight had been lifted off my body.. so it made sense that there would be further positive consequence. And really, all I actually had to do, was speak up! Being outwardly honest was something I was uncomfortable with because of my history, but time and time again (even now), it proves to lead me into new discoveries and opportunities I never thought I'd have. It may sound so simple written out like this, but trust me I know how the very act of speaking up is just not possible when you're both feeling unsafe and severely depressed. It takes a BREAKTHROUGH to do it, and this was what turning to spirituality has done for me.

Yet while experiencing these changes, I couldn't help but recognize how all the family secrets created health problems for them too. It was known that all members suffered one or more forms of abuse themselves as kids, even going so far as to say that the physical acts they did are "normal childhood discipline". They too suffer from stomach problems, weight problems, joint problems, not to mention mental conditions.. but I don't have to think hard to know that they never properly addressed their own trauma. Such presents the risk of growing up and continuing the cycle (becoming an abuser), and this trend within my own family was blatantly obvious. It's as if ignoring the trauma justifies being a negative, abusive and/or self-sabotaging person yourself... and that CAN manifest as physical effects. If you see yourself being held back from past trauma and you're ready for change, I want to speak to you! 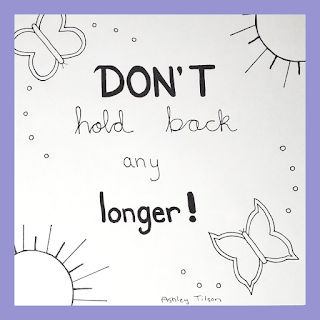