All You Need to Know about CBT 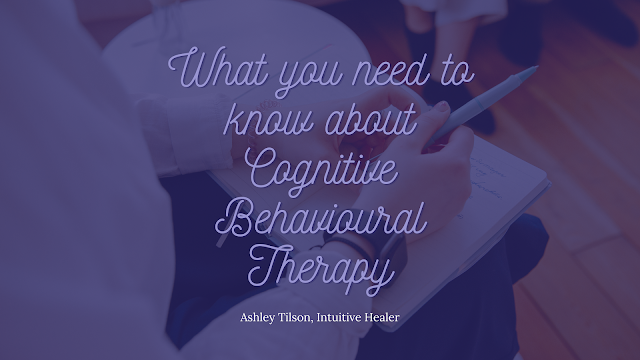 By going through the vast amounts of therapy that I've had over the years, I've been taught CBT (Cognitive Behavioural Therapy) many different times. But I also reinforced it in my life by buying myself a self-help CBT book to use during the years of estrangement and initial transformation [at the beginning of my recovery]. This is the why and how it became a component of my Trauma Recovery Programs - wherein I take the approach to ask the simple questions and provide it as a guideline as opposed to laying it out in the workbook way wherein some people see it as more work than the simple mindset process that it should be. It's not hard, and that's why I want to take this opportunity to put it simply so that you can can begin to use it in your every day life!

CBT is actually a simple process which really just requires you to stop, take a deep breath, and think before you react to any given situation or thought. All too often - mostly as a result of anxiety - we overreact because we overthink a situation and jump to the worst possible conclusion with it. On the flipside, when we're in situations out of our control where we feel pinned against a wall, it can also help us to make the right decision. This is why it's not just necessarily about being positive and cheery to every situation, but all about taking the appropriate actions for ourselves based on facts and reality. The more you practice it, the more natural the thought process becomes! Keep reading to see one of my working examples in action, and to also see the simple guideline that I lay out for my clients to use...

There have been a million situations over the years wherein I've needed to add some "umm"s and "err...."s to conversations so that I could take a moment to mentally go through this process. One quick tip is that when you're on the spot to respond face-to-face, you may need to politely ask for a moment to think about what's being presented and/or present a legit excuse to need more time to follow up on it. I've used everything from simply stating "let me think about that and get back to you" or even "let me talk to my spouse about that" when it applied. There's no shame in that... I find that more and more these days, it's considered more professional to have this response! I actually want to pull a more recent employment-related decision I had to use as an example:

In mid-2021, I was contacted by a previous employer in the Greater Toronto Area that was seeking to re-hire me. Considering that my business was experiencing the setbacks & hiccups of lockdowns (like many other businesses), I found myself seriously considering this. But since it was made clear that I moved to south-eastern Ontario (a good 4 hours away), I knew that it was going to be a challenge. Even though I had the option to work from home, but would be required to travel every other week and whenever needed for management meetings, I initially voiced my concerns to negotiate a higher salary. When that was well received, I wanted to immediately say yes.. but I told them I needed time to think about this, wherein I went through this CBT process and came to these conclusions... 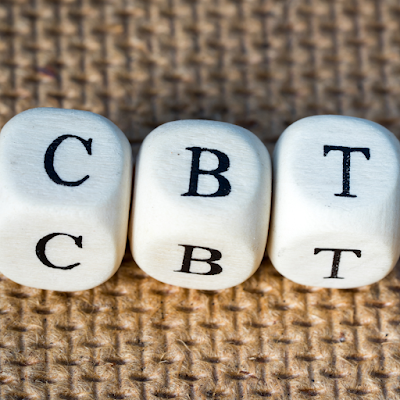 THE REALITY OF THE SITUATION: I could work from home until the pandemic was over (a nice perk in the meantime, that might end in me needing to leave upon being required to be in office). I would need to travel and find somewhere to stay in the GTA whenever I was needed there (a situation wherein I realized I'd be paying for a hotel room every other week, in addition to the travel expenses). From the get-go, I was promised a higher salary (an enticing incentive) and the chance to have a voice to fix the management issues that led to me leaving the job years earlier (a positive prospect).

HOW I TRULY FELT ABOUT THE SITUATION: Upon researching and calculating what expenses I would endure in trying to keep this job (gas, meals, hotel), I realized that I would need an even higher salary to justify doing this job. I also seriously asked myself how I felt about having to sacrifice a lot of my downtime to make the 4-hour each-way commute that would be required every other week. In the end, it didn't make anything easier for me... the more I thought about it, the more I realized that I would grow resentment over this travel obligation which would require me to spend every other Sunday travelling, and sacrificing both free-time and sleep to make it from the GTA to my home (on Tuesday/Wednesday evenings) to be able to work the next day.

WEIGHING THE REALITY (PROS AND CONS): This is actually where you take your situation, ask what the worst is that can possibly & reasonably happen, and compare it with your expectations and what would actually happen. It's basically like a pros and cons list but being REALISTIC about it all. Truthfully - possibly due to how natural I've made this thought process for myself - I already answered a lot of that in my previous considerations and skipped highlighting the whole "negative thoughts" and "unhelpful feelings" component that ALL beginners should consider when analyzing their situation. Had I skipped those thoughts & my research entirely, I would've initially answered that "yes, I would do this job simply because it's offering me a lot of money" but then only later weighed out the real facts and conclusions I had about it... which I now know would've led me to regret this decision if I had said "yes" right away.

In order to put this into a more directional and simplistic guideline, and one that serves negative and unwelcome thoughts, I want to present you with a more everyday, anxiety-ridden situation and give you the questions that you can use for yourself. Anytime I have felt discouraged by running my business during the lockdowns and slowdowns caused by the pandemic, and ended up having bad thoughts about not succeeding, I had to ask myself these questions to lift myself up and reinvigorate myself with more positive thoughts through reminding myself of the reality...

What are the negative thoughts and feelings I'm having?

What evidence, facts, or merit do these statements actually have?

Given what's in fact realistic about the above, what's the worst that could actually happen?

What is not in my control that is not a result of, or a reflection of, myself?

Given what is in my control and what is an actual fact, what course(s) of action can I take?
(Wherein you're only dealing with self-talk and no immediate actions are required, ask yourself what caused you to feel/think this way and recognize how it's not your doing)

Long story short: whenever I've asked myself these questions regarding the slow months in my business, I've come into a "reality check" on how the pandemic - and not myself - was to blame for the situation. By weeding out the thoughts that came purely from negative feelings, the answers/writings dwindled down significantly as I got to the later questions and considerations. If I had immediately given up, believing the misconception that I was "doomed to fail" instead of evaluating the very real situation of people not being able to see me in person (a preference among my local clients) or afford my services during that time (another fact about those that wanted to do my big-ticket programs when they were un- / under- employed), I would've been doing a disservice to completely give up based on false, negative assumptions that only my out-of-control thoughts were making up. Every question and thinking point can be rephrased to serve the situation itself, but between the two examples given, you should have enough of a guideline to work with!