Happy Holidays!
It's that time of year again - where we say goodbye to a year we're eager to see end - and welcome a new one with open arms. No matter what has happened, we all find some reason to want a chapter to come to a close so that we can begin with a new one. Whether it was looking back on bad habits you fell into this year, recognizing a new goal that you suddenly want to strive for, or just setting a goal for the sake of pushing yourself to achieve something new.. there's no shortage of resolutions to set for the New Year.
And it just seems to be a natural impulse! We all subconsciously view this calendar change as an opportunity to start with a blank page. So why not see it as such?!

Thus, we have New Year's Resolutions!
Recently, I uploaded my first Empath Confessions podcast video to YouTube and as it was a read-through and review of my first post -- My Discovery -- where I talk about the starting point of my spiritual journey... I couldn't help but switch gears to write some of what I said here. I was awakening alongside a physical transformation I was undergoing, which was my achievement of losing 50+ lbs. It was a goal that felt impossible when I took it on, was easily one of the hardest things I've ever done, and yet helped put me on the path that I'm on now. It's honestly mind-blowing to review history like this, so I want to share some advice with you for setting and sticking to goals. 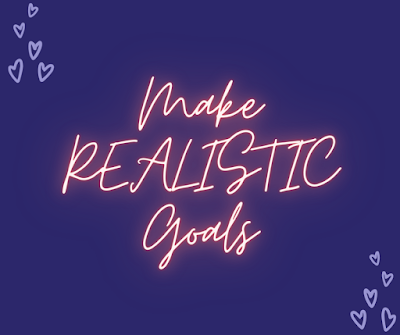 This is one point I cannot stress highly enough. All too often, people get off track because they weren't prepared for what they needed to do. This could be mentally-speaking, for example if you set the goal at the last minute, and/or have no plan for going about it... or just simply not having sufficient time to consider outside factors and how they might interfere with your plan when they occur. Those that believe that if you fall off course, it means "'abandon ship' because you can't do it" need to throw this understanding out the window NOW! Negative self-talk such as this is easily the top culprit for steering people away from their goals. Ignore it, shut it down, scream back at it if you have to, but don't let outside thoughts tell you what to do.
Here's the reality: It's rare that someone makes any big change without bumps in the road, and just like withdrawing from an addiction or retraining your brain - there's going to be resistance along the way. Be forgiving towards yourself for needing to take extra time alone, feeling moody, needing a break from a strict regime you're holding yourself to, or whatever the case may be. By being REALISTIC about how you're going to react to change mentally, physically, emotionally, (etc), you can smooth your way across these bumps in the road and get right back on track afterwards.
When I was on my weight loss journey, it took me about a year to reach my end goal weight of 120 lbs. As an impatient person, this was hard for many reasons [that I won't get into here], but it's worth sharing that I had to be persistent in order to do it. Since I was stuck at my plateau for close to 2 months - and ready to throw in the towel because I was stuck there - I can tell you that I was completely and utterly frustrated with the process. But because I was forgiving of myself and kept my eye on the goal, I eventually made it through the hurdle and lost the remaining weight.
I also want to add that it helped to make the whole process as fun as possible. There were no pills, no gym memberships, or even a daily routine -- I simply walked more, became more conscious & sensible about my food intake (and budgeted it), and stayed on course. It could easily be said that it took me that long because I had weekly cheat days and virtually no exercise regime, but that was my realistic balance - I did it all in such a way that was easier for me and my lifestyle. You want to approach your plan with the same considerations! 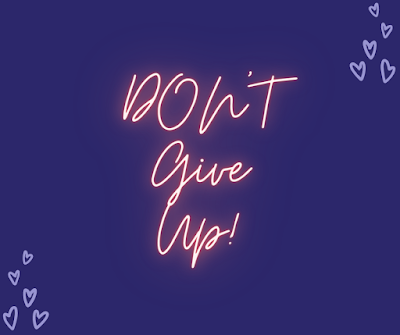 By now you know that persistence is key in achieving any goal, and being forgiving of your natural impulses, unforeseen circumstances, and your emotional responses will help you stay on track. During the many times I had tried quitting smoking, I was quick to abandon my goal and put if off for another year because it was "too hard". I'm not saying it isn't -- it took me 8 tries before I was off for good, and not a week goes by where I don't think about the craving -- but it took experience for me to learn that a lot of it is tied into the mindset. When it comes to life-changing habits, you're best to be mentally prepared for the process.
As I now coach others on mindfulness matters, including offering Intuitive Healing sessions for Shadow work, Ego Alchemy, etc., I can make a simple list for you to work with but know that I recognize these matters start out as "more easier said then done". Wherein this is the case, negative self-talk and false beliefs tend to be the matters that need addressing first... because everything else becomes easier to see and work on afterward!
Bottom line though: No matter what goal you have, know that you don't have to rush yourself into it for the sake of starting on New Years Day! Take your time to prepare and make a plan - something you know you can hold yourself accountable to - and get support from anyone that you can. Every goal is achievable just as long as you're ready and willing to go for it!
#empath #intuitiveempath #lifelessons #lifetransformation #newyearsresolutions #overcomingobstacles #empathconfessions
Labels: Addiction Childhood Trauma Empath Confessions Handling Dark Thoughts Life Lessons Life Transformation Overcoming Obstacles Relationships Weight Loss
Location: Ontario, Canada