Suffering at the hands of people that you look up to, and especially those that are responsible for your safety and wellbeing, takes a tremendous toll that shapes you into the adult that you become. When trauma (and consequently mental illness) occur early on in life, you grow up believing that such acts and behaviour are normal mostly because you weren't exposed to a different reality. Not having a chance to break the cycle -- via a wake-up call that makes you recognize it for what it is and seek much-needed help -- often makes one susceptible to repeating the activity themselves.

Having suffered & witnessed mental, emotional, verbal, sexual, and physical abuse as a child, I can testify to this! I went decades believing it was a "best-kept family secret" all because I was fed the belief that it was okay. My abusers also endured this as children (and didn't properly heal) so they believed there was nothing wrong with it. Little can children realize that being taught this only enforces the allowance ("permission") for this trauma to be carried out... which creates long-lasting effects in your life. 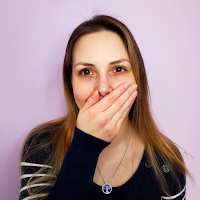 As a teenager, you may have acted out as a result of needing to figure yourself out and seek much-needed attention. Those that suffer greatly tend to lean towards drugs & alcohol as a means to escape the pain and find a sense of inner peace. If you endured sexual abuse as a child, then you likely also sought this hands-on attention from others... not realizing why this "need" was instilled in you (and it possibly opened the door for further sexual assault). Many go through countless years of therapy & medications for mental illnesses, while unable to address the real issue, because;

1) You may have been conditioned to believe abusive behaviours were normal, and thus not worthy of reporting to anyone else. If physical abuse was a factor (or worse yet: a threat upon revealing information outside of the home), then you were also not safe to speak up about it. If this applies, please forgive yourself.

2) You likely repressed memories as your wellbeing was ignored, with the acts possibly "excused" by those involved. This includes knowing it happened to you but viewing the act(s) using the same logic that the abuser wants you to believe (conditioning you to false beliefs). At the root of every addiction, there's trauma... and addiction itself is a problem because you lean on a vice that helps you to operate without thinking about the trauma; which further represses it. Again, forgive yourself and recognize that addressing the trauma will also address the addiction(s).

3) If all this trauma happened to you as a child... then you felt there was no hope. I say this because I was here too - I believed no one in this world gave a damn about me because it was allowed to happen. If an innocent and vulnerable child was made to endure this behind closed doors... then there was no other adult in this situation -- YOU had to grow up fast and be your own adult in order to survive! (Recognizing this marks a good time to seriously consider your boundaries with others) 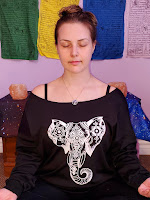 And let's face one very real fact about all of this - only YOU know the truth because they are YOUR truths. If you were dealing with narcissistic personalities then you may recall being blamed for having these things happen to you, along with the abuser denying and downplaying the facts. The worst part about this is that your young, developing brain was likely led to believe that you were the problem and instigator; yet deep down, a part of you struggled with the fact that you know it's wrong... lending a lot of power to mental distortion and subsequent illnesses. This is the real reason why many don't speak up for a very long time, and many never speak of it; because by the time you do, it's better to move on. The key to finally walking away from it is peeling away each layer through reworking the beliefs (and its effects) that were etched into your brain.

Don't suffer any longer! If you're ready and willing to begin this healing process, book a consultation call with me - I can tell you what to expect, how to get started, and offer a personalized 1-on-1 plan that gives you a discount.