How To Make A Dream Come True

It's been a bit too long since I've posted an article here, and I hope this finds you all well! A lot has happened for me this year already which is how I came up with this article idea, and I welcome you to read this to catch up on what's new with me and learn how to begin bringing your dreams into reality.

Want to know a secret about me? One of the reasons why I never had a positive outlook with social media use is because my feed used to full of things that would trigger me! Whether it was picking up negative energy from certain people's posts, having to deal with the heaviness and sadness from news articles, or (more importantly to this conversation:) it was the fact the I'd be scrolling through pictures from people who were better off than I am. They'd share posts of their luxurious vacations and lifestyle - including their big houses and expensive cars. Some of these people were in my life through pure networking (fellow female entrepreneurs) and some were coaches to me at one point - so it was sometimes a stab in the heart that had me feeling left behind...

Despite what some may think, I never had it easy. I wasn't born into any money or even a chance of inheritance. I started working as soon as I started high school, mostly because that was the only way I could buy the small things I wanted (including non-Walmart clothes; something I was picked on for). I had to drop out of college because I could never afford to finish. And yes - I was that 18-year old that bought the cheapest car I could find (literally a $500 vehicle that was a year younger than me) because that was the only way I could practice driving and get myself from home to school and work without spending my entire day out & on buses. The grind was never-ending from then on out...

Right before I awoke spiritually, I was at a crossroads. I had long since had suicidal thoughts - sometimes linked to all I was lacking (money and opportunity being at the top of the list) - but felt like there was no way to improve my life. Yet deep down, that little voice popped up saying I can gain control and determine how my life plays out. But it was hard -- I was already in my late 20's, having gotten into a mode of just taking any job I could for the financial security, and I knew I needed to do a lot of healing before I threw myself into the next venture. Hence my breakthrough on my past trauma, etc., which led me to Intuitive Healing... but the story continued to unfold as time went on.

One truth I've learned in recent years is that if there's something you're passionate about, and you're good at it as a result, then you CAN make money doing it! I thought I'd need to send myself back to school to become a registered counsellor so I could begin helping people the way I wanted to, but then I realized something crucial - not many counsellors (for example) have the "hands-on" experience that I have. We ALL have experiences that make us unique, and yes - it makes us more knowledgable than most on the subject. But then comes the hard part of bringing that idea to fruition.. which I'm not going to lie, it's a tough road!

But honestly, it's one that can be achieved if you set your mind to your goals. During the first year of my Intuitive Healing business, I often worked temporary full-time jobs to make ends meet; spending my evenings working on my business and taking part in sessions & exchanges on weekends. Unless I was sleeping, eating, or enjoying a much-needed break, I was glued to my computer editing my websites, working on social media content, and brainstorming new ideas. I had little time for anything else except my immediate family. I was often discouraged by the slow growth but I also knew I couldn't give up because this career is my end goal.

As things began to pick up going into my second year (2020) and I was being invited to have a booth at events, I felt a shift that brought some positivity.... but it was short lived as the pandemic was declared and plans were scrapped. At this point, I was comfortable enough to work a part-time job while running my business, but the reality is that since the pandemic shut down and stopped a lot, there was also a drop in interest. I had already been laid off from the part-time job I had, and I felt forced to consider what I would do next - which was hard to imagine given the state of the world. Like many, I didn't know if I was coming or going, or if I could even afford to pay the rent or keep my business alive...

This was when my husband and I decided to buy our first house. I just have to throw it out there that we never imagined it would even be possible, but since we got some financial advice a few years prior that set us up to have the funds to do so (yes, all it took was talking to the right person!), we just had to pull the trigger. Admittedly, it helped that we didn't have jobs tying us down (my husband has been working from home for the past 10 years) and we saw this as an opportunity to start anew. We could plant our roots anywhere we wanted, and go from there. It was painstakingly hard and uncertain at times, but it also proved to be the best decision we ever made.

I was still settling into the new house when it hit me that I may need to reconsider taking a full-time job again. While the world was still in different stages of the first lockdown, no one was booking me. I felt completely discouraged once again, but I decided that I need to pull a "last ditch" effort before I gave in. Once again - reaching out to others proved there was hope as I was given the opportunity to have my ads run for free in the local newspapers, and got free business help through a local entrepreneurship centre. But this was only the beginning as I decided it's time to "re-open" my business now that I'm here.

It always helps to get a new perspective through changing up your style, offerings, and of course - website. AND don't take no for an answer.. especially from yourself! I knew now, more than ever, people need these services and it's just a matter of awareness. Persistence began to pay off as I was given a freelancing opportunity (with one of my past teachers/mentors), and inquiries started to come in. Before 2020 was over, I was in a position where I could hire an assistant to help me with social media. All things I previously imagined weren't possible finally began to happen...

Which brings me to this year - and the reason I haven't posted on here more recently! Right after Christmas, I was approached with an opportunity to have a room in a spa in a downtown area. Hopes were really high since there was an interest in spiritual matters & healing, not to mention a metaphysical shop right across the street who blessed my wish to open up there. But I also had to be realistic, which is honestly the biggest blockage to success! I went back and forth on the idea for weeks, but then finally said to myself "I have to try! It just won't happen if I don't!".

And really, that's all you need to be telling yourself. No matter what goal - whether career, life change, relationship, etc. - you need to remind yourself that you can't have the opportunity unless you go for it. March 1st (2021) was my opening day, and I was floored that my first weekend was already booked up. It's still slow given COVID restrictions and the understandable reluctancy of some (since we're currently teetering on the edge of a 3rd lockdown), but it was what I needed to prove to myself that I'm both worthy and capable of it. You won't know unless you TRY!

So I'll leave it at that... hoping that if I - someone who's been scrapping by my whole life, and doing this will paying a mortgage, bills, and a pile of debt - can do this, you can too. Sometimes it's about timing and finding the right thing to do, but it's all about the progress and effort you put into it because persistence keeps you alive & strong. Start it in your free time if you have to, but DON'T GIVE UP if it's your dream -- that's the only way to make it come true! 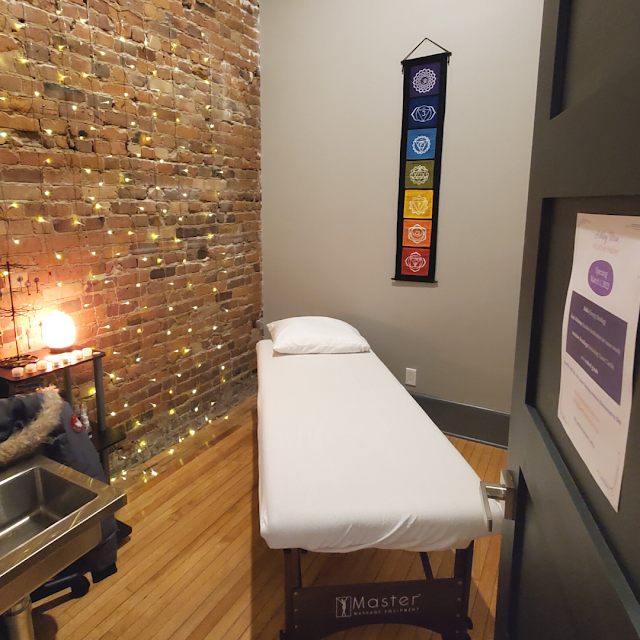 If you live in and around the Leeds, Grenville & Lanark region (Eastern Ontario), you can book me at Glitz Spa in downtown Prescott. See my website for more information and to book!